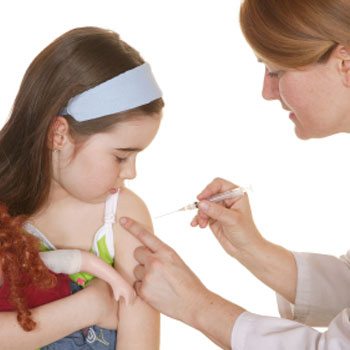 This is the time of year when many children enroll in school or leave the home for college. And with those enrollments come vaccinations, in many cases. The next few months will see doctors' offices stocking up on flu shots in anticipation for the winter season. The National Institutes of Health recommend inoculations against diseases that killed children and others with regularity before vaccines were designed. For example, diphtheria infected more than 175,000 people on average each year before the vaccine was created. In 2008, no one contracted the disease. And when large numbers of people in a given community gain immunity, the rest of the community is less likely to get the disease. However, with fewer people opting for vaccines, these once-obsolete diseases could make a resurgence. A child may receive up to 20 injections before age 2, and by the preteen years, he will be protected from 16 diseases if he follows the American Academy of Pediatrics vaccine schedule. Concern over side effects of vaccines, such as SIDS and autism in past years, has put kids at risk of contracting many diseases.


The truth is, until 1999, most vaccines contained thimerosal, a mercury-derived preservative which many thought caused autism, but no substantive connection was ever made. Some flu shots still contain the preservative, but vaccine manufacturers removed thimerosal from all other vaccines. The hepatitis B vaccine was once linked to SIDS, but since the vaccine was first recommended in 1991, SIDS rates have actually gone down. Don't forget to stay up-to-date on adult vaccinations. Immunity can fade over the years, and newer, more effective vaccines continuously become available. A tetanus/diphtheria/pertussis booster is recommended every 10 years for all adults, and two doses of varicella vaccine are recommended for adults who haven't been exposed to chicken pox. Seasonal vaccines are important - pneumonia and influenza are recommended for everyone, especially the immune compromised. Pediatricians recommend the HPV vaccine beginning at age 11 or 12 for their female patients to protect against cervical cancer. Shots aren't fun for anyone, but they're much less painful than suffering from the diseases from which they protect you and your family.